Hello You Good-Looking Things!
When a psychiatrist goes to the bathroom, why can’t you hear it?
Because the pee is silent.
Slimmest of All People! How are we? Everybody OK out there in SlimLand?
Just one (promise!) quick reminder…check out the front page of the Slim Site. That’s all I’m gonna say.
https://slimman.com
NOW THE NEW NEWS FROM THE SLIM SHACK

Well, when the dentist in Mexico did my tooth extraction last week; it was painless, except for the headache I got when he had his foot on my forehead as he was trying to pull out my back molar with a Vise Grip.
JFK.
It really was painless.
Well, if you’re new to the Slim Newsletter, a couple weeks ago I drove from Palm Springs, California, to Los Algodones, Mexico, in search of inexpensive dental dudes and dudettes.
Los Algodones is right across the California border, and when I say right across the border, I mean when you cross into Mexico, the town starts right there. 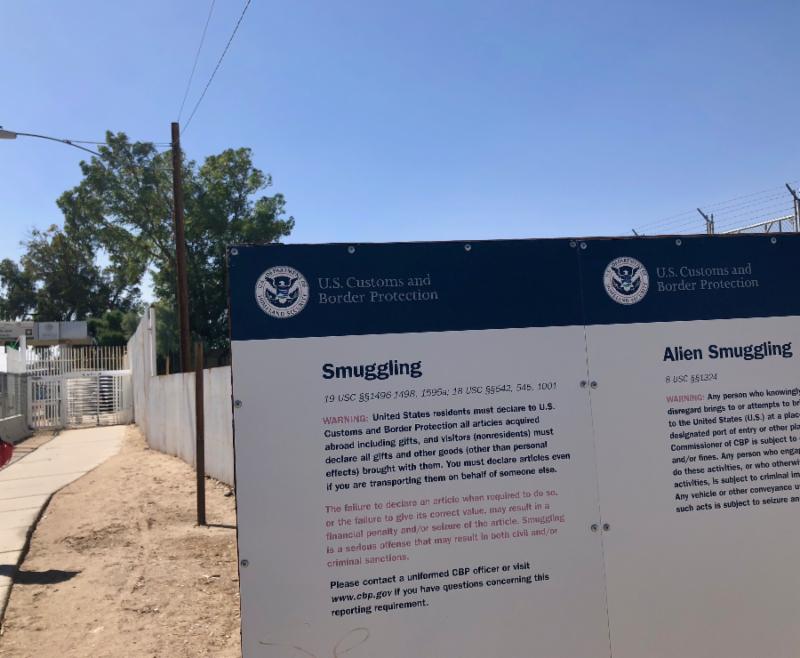 It’s a small Mexican town that exists for one primary purpose…low-cost dental care. I needed an implant, and my Palm Springs dentist, Dr. Yankenpull, wanted a small fortune. 5 grand.
Do I get Grandma a new wheelchair or do I fix my donkey teeth?
The dentists’ offices in Los Algodones seemed clean and professional, some more so than others. I visited 4 places, and picked the best one I saw.
It looked like any dentist office I’ve been to in the USA. And it was more than 50% cheaper than the estimate I got from Dr. Yankenpull.
So I made an appointment, and last week (10 days ago) I drove back to Los Algodones. I crossed the border into Mexico, went to the office, about 100 yards away, and sat down in the dentist chair.
The guy, maybe late 30s, walks in and says, “So you live in Palm Springs?”
I told him I did, and he told me that he goes to the Coachella Music Festival every year. Bang!
Anyone that loves music that much is OK in my book, which should be out soon (The Complete Idiots Guide to Complete Idiots). I told him I lived a mile from the festival.
We hit it off; we talked about music for a while, and then he numbed me up. The procedure was painless. It’s a three-step process, but so far, muy bueno.
When he was done, they gave me the bill. $270. Dr. Yankenpull wanted over $900 for the same exact thing. The receptionist told me to go across the street to the pharmacy and get antibiotics and anti-inflammatories. 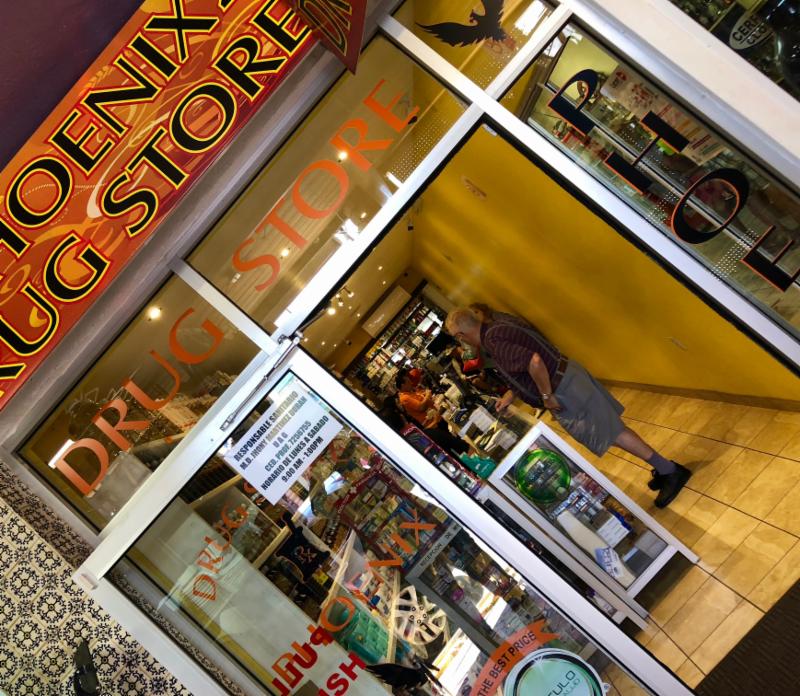 I didn’t need a prescription; the dentist’s office just wrote down the amounts and when and how to take them, with the usual warnings.
The pharmacy gave me what I needed. The meds were 75% less than in the USA.
I left the pharmacy and started walking to the border. A Mexican hombre with a Yankees baseball cap asked me if I needed dental work. I told him I just had some done. Then I asked him about his hat…
Turns out the guy really is a Yankees fan. His name was Juan (seriously) and we started talking about Yankee Stadium, how we’d both been there, about baseball, and then Juan asked me…
“Do you like shrimp?”
Do I like shrimp. Are you kidding me, Juan? I LOVE shrimp. Sure, they’re a little shellfish, but…
Obie Juan told me he “had a friend”. I followed Juan down the street; there were the usual shops selling the usual tourist stuff, stupid T-shirts, sombreros, holsters.
Holsters? 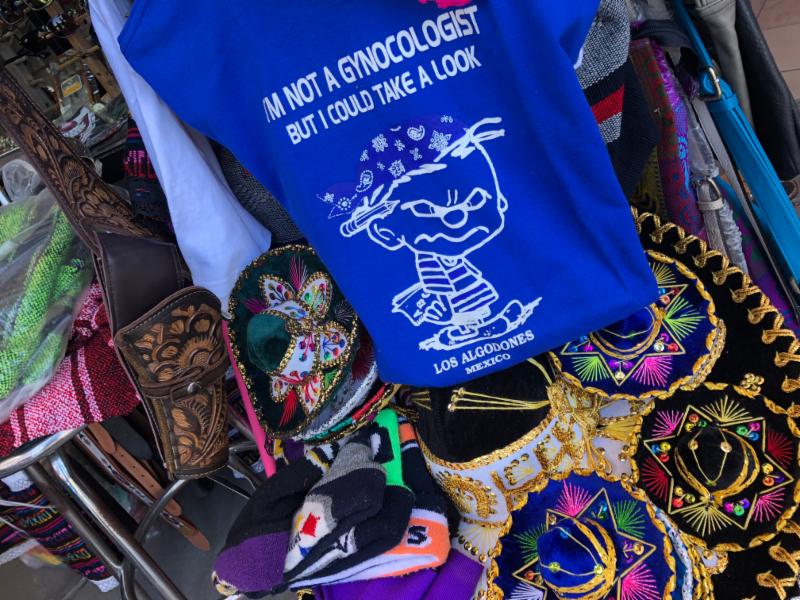 We went to where his friend was standing, in the street next to an ice chest. He opened it, and there, sitting on ice, were the best-looking scrimps I’d ever seen in my life.
Anyone who knows me, knows I like to food shop. The folks that work at the local Ralph’s (grocery) go running in the other direction when they see me coming, because I always bug them to go in the back and get the freshest garlic or parsley or whatever.
The seafood guy at Ralph’s? I swear, he hides in the back when I get to the counter. I have to ring the bell to get him to come out. I want to smell everything, examine stuff closely.
And, Slim People, these Mexican shrimp were beautiful, they smelled like the sea, and they were as big as my size 13 feet.
Juan Ton Amera told me the guy just brought them from the Gulf of Mexico. I bought a pound. Ten bucks. They cost twice that much at Ralph’s. I paid the guy.
Then Juan asked me for a dollar. Finder’s fee. I gave him two. A-Juan, a-two!
Then I walked to the US border. I got to customs and they asked me what I’d bought. I showed them the meds. No problem. Then I showed them the shrimp. I got a raised eyebrow, but then they waved me through.
I drove back to the Slim Shack, and decided to cook up the scrimps. But how? I didn’t want to put them in a sauce. They were too good for that. I didn’t want to bread them. I just wanted to taste the shrimp and not much else.
I pulled out the Usual Suspects. Garlic. Butter. Parsley. But I wanted something a bit different. I don’t want to be eating the same crap every day. So, I looked at the Slim Spice Rack, and I saw some anise seeds.
What’s anise?
It’s your brother’s daughter!
Anise is a flavor like licorice, but not nearly as strong. I don’t like licorice. But my gut told me to try just a little.
So I did. I used just a half teaspoon. That’s it.
The shrimp dish was one of the best I’ve ever cooked. I’ve been trying to stay away from hyperbole these days…
I mean, when your mocha-loca-cappa-frappacino is “TOTALLY AWESOME!!!” what are you going to say when they cure cancer?
The shrimp were delizioso. I wrote down the recipe, made a quick video and posted both on the slimmancooks.com website.
Free for All Slim People.
And…one final note. I’m 27 days into Sober October. I haven’t noticed any major changes, except my corkscrew has cobwebs on it, and my recycling bin is a lot lighter.
I might have to continue into…
NoVino November.
Keep smiling, Slim People. And keep in touch. And always ask yourself this question…
Who loves ya?
Uncle Slimmy
PS…Here is the link to the shrimp recipe and video:
https://slimmancooks.com/?p=4723 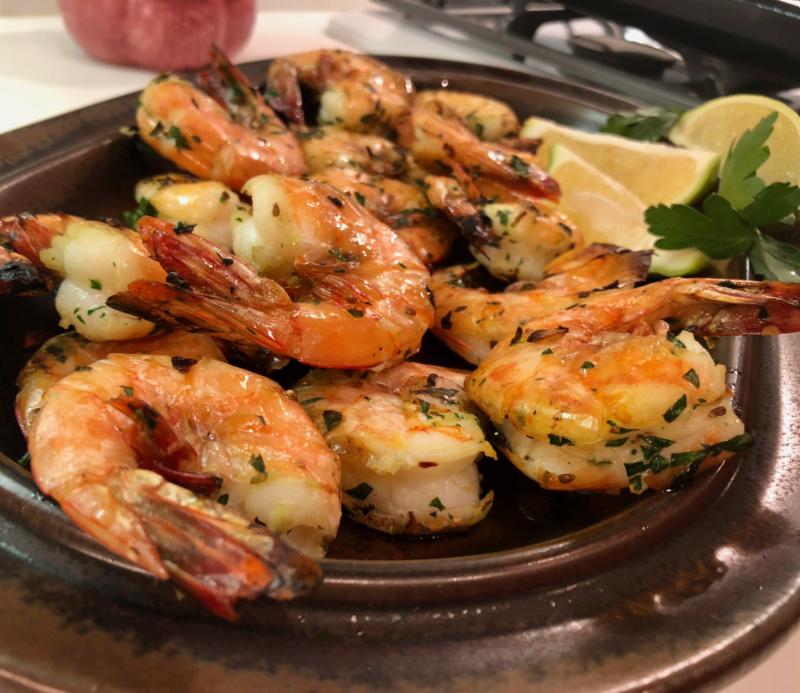