The Week Before Thanksgiving

Dear Slim Folks,
I just want to thank you Slim People for all the kind words about the passing of my friend Abe. He was one of the good guys, and I appreciate the encouraging words. I’ve said it once, I’ll say it again…Slim Folks are the best. Above-average and ridiculously good-looking and wonderful.
So…the week before Thanksgiving, I got up at 2 :00 AM and packed.
What did I pack? Two huge containers of Bolognese sauce; one was turkey Bolognese, one was beef. I cooked the turkey Bolognese all day Monday, the beef all day Tuesday, and put them both in the Slim Freezer.
On Wednesday, I got up at 2 AM, took the Bolognese out of the freezer, and wrapped each container in a plastic bag, then I double-wrapped them with some Hefty contractor bags, the big, heavy-duty green plastic bags.
It was like I was trying to get rid of a dead body!
Then I put the Bolognese in their own little suitcase, and I grabbed my bass and drove to Phoenix, Arizona. Interstate 10 cuts right through the desert between Palm Springs and Phoenix, flanked on both sides by desert and scrub bush for a couple thousand feet, and then small, jagged mountains.
The sun was rising, and Slim People, it was so beautiful. 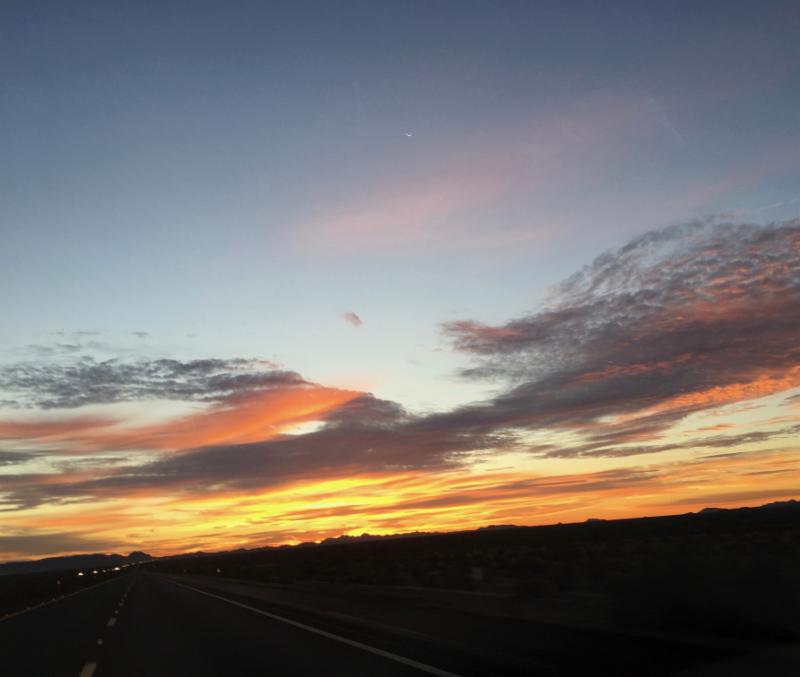 I got to the Phoenix airport, met my brother, the Slim Bro, and we flew to Wisconsin, a little town called Wausau. We waited for our luggage; I was just hoping the suitcase with the Bolognese wasn’t leaking red sauce all over the carousel.
That wouldn’t have looked good. The TSA might have arrested us! We got the Bolognese, still frozen, rented a car and drove towards Antigo.
Outside of town, we saw a little sign above a place called Heartbreakers; a gravel parking lot, a one-story building sitting by itself.
Me and the Slim Bro walked inside; it was a charming old-school neighborhood bar and restaurant, with a pool table, and some video poker machines, and a rectangular bar.
We sat down and the waitress came over. Her name was…I forget her name, but it was something like Thelma Ray. She told us that she and her 4 sisters run the place; every sister’s name ended with Ray or Jay or May or Kay. Thelma Ray, Norma Jay, Ellie May, Sandy Kay…I’m sure those weren’t the exact names, but you catch my drift.
We ordered a glass of cabernet for $4.50, and it came in a glass the size of a punch bowl. And it was not so bad! My brother ordered a filet mignon, and I got some beer-battered fish, and both were really good. The bill was maybe $30, all included.
We drove to the hotel in Antigo. We were wondering what to do with the Bolognese sauce. Did the hotel have a freezer big enough? Then, in a stroke of genius, I thought…why not just leave it in the trunk? It was 22 degrees outside! So that’s what we did.
The next morning I had a radio interview, and was told by one of the concert organizers to meet at the Burger King at 7:15 AM. I got there, and found out that the interview was going to be held in the Burger King, right there at a standup table.
Slim Folks, I’m not making fun, or looking down, I was just glad to be on the air. I used to do a radio show in Baltimore, and I sometimes did it at a place in Essex, Maryland, called Bayou Blues. So I get it.
The guy’s name was Gary, the station was 106 point something, and it was really fun. We talked for about an hour, and I told stories about Ronnie Dunn, and Pope John Paul II, and it was a blast.
That night, my brother and I drove to a house on the outskirts of Antigo. We were cooking dinner for 12, and on the way we had to stop and get some things. We stopped at a place called the Pick ‘n Save.
Would they have what we needed? Romaine lettuce for a Caesar salad? Italian parsley for shrimp scampi?
They had all that stuff and more. They not only had romaine lettuce, they had red romaine lettuce, something I’d never heard about before. It was a great little grocery store; we got what we needed and drove to the house…
When we got there, we cooked. Non-stop from 5:30 until 9:00. The first course was shrimp scampi; we served it over bruschetta, which is basically Italian toast. 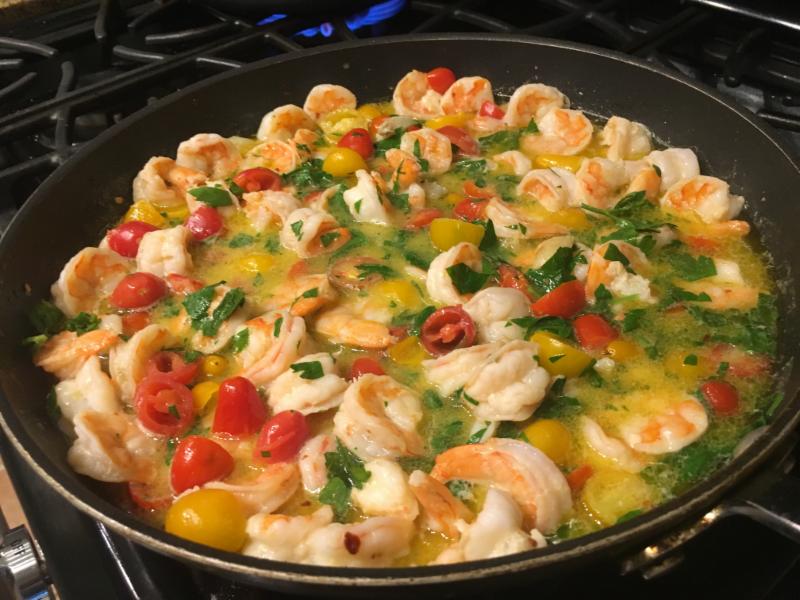 Then, we made Caesar salad, with homemade croutons and homemade dressing. We had to clean the romaine lettuce-the regular and the red romaine-but there was no salad spinner. I was thinking maybe I’d put it in the clothes dryer, but we just dried it off with paper towels.
The next course was the Bolognese sauce. We heated up both batches…turkey Bolognese for the non-red meat eaters, and Bolognese for the beef-eaters.
She was a-so nice!
The next night, we did the Slim Concert at a place called Northstar. It was divided into three sections…to the left was a banquet hall, held maybe a couple hundred people. In the middle was a bar with pool tables and wings and pizza and big screen TVs. On the far right was a bowling alley with about a dozen lanes. 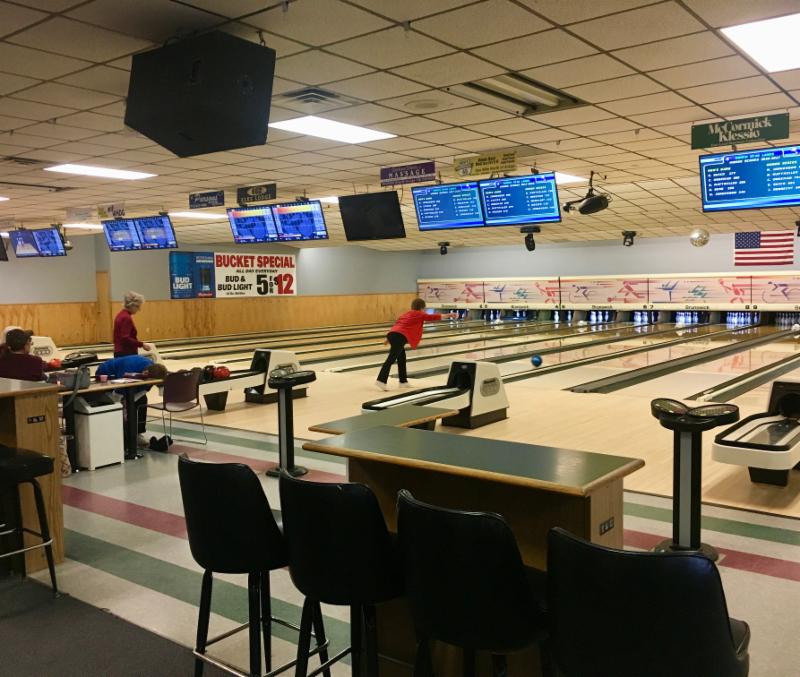 We did the concert in the banquet hall, it was all decked out with tables and tablecloths and flowers and a big stage with an incredible light and sound system facing a wooden dance floor.
How was the Slim Show? Well, it was crowded. Even though it was freezing rain, Antigons showed up in full force. Way to go, Antigo! I started off with some Sinatra and Dino. Then I did some Slim Songs with a band…drums, sax, and piano.
And then a band called Hip Pocket came on and closed the show. They had 3 girl singers, a 4-piece horn section, bass, drums, piano, guitar…they were a full-on dance band, playing everything from Michael Jackson to Bruno Mars. It was a Thriller!
The next day, me and the Slim Bro drove from Antigo to Green Bay. They told us to be careful of deer, because hunting season started that day, and I think they were expecting herds of wild deer to be stampeding across the road, leaping in arcs over the car.
We didn’t see one. Although we did see a lot of pickup trucks parked by the side of the woods along the small two-lane road. It looked like the hunters must have seen a deer while they were driving, and pulled right off the road to dash in among the shrubbery to chase after a deer.
I was just hoping I wouldn’t catch a stray bullet in the neck.
We got to Green Bay safe and sound, and checked in to the hotel which was real close to Lambeau Field, where the Green Bay Packers play football.
Then, we walked over to Lambeau and took a tour with Lynn Dickey, who used to play quarterback for the Packers in the late 1970s, early 80s. I found out a whole bunch of stuff…like football helmets weren’t mandatory in the NFL until 1943.
The Green Bay Packers are one of the oldest football teams in the USA. Started in 1919. I like the Packers, they’re my second favorite NFL team. They’re owned by the City of Green Bay. They’re a storied franchise.
They’ve played at Lambeau for the past bunch of years, the outside of the stadium looks new; the inside looks…ancient. 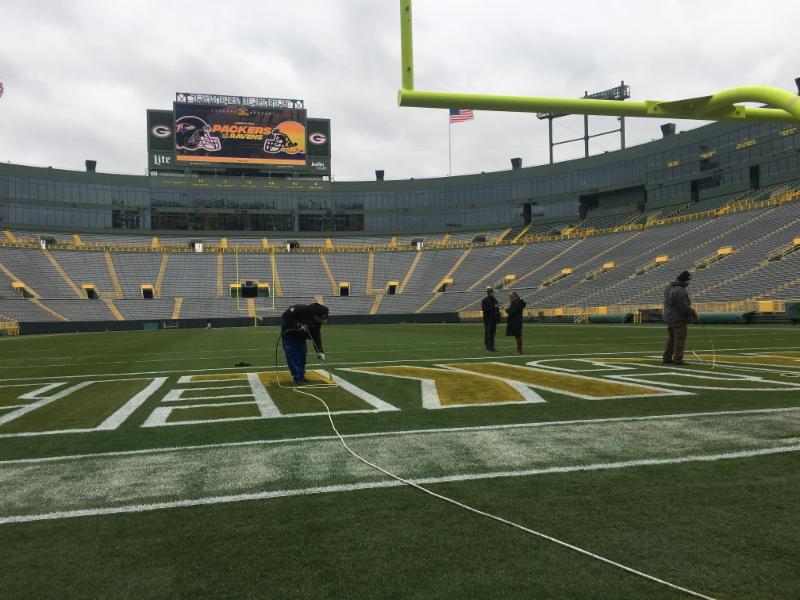 The field is about 20 feet below street level, so when you walk in, it feels kinda like a Roman Coliseum. The seats are aluminum benches, without backs or dividers. It’s a no-frills stadium inside.
The next day was the big football game between the Green Bay Packers and the Baltimore Ravens, my beloved hometown team. It was an ugly game; Baltimore won, but it was nothing to be real proud of.
It was freezing cold, and we sat there for almost 4 hours. It was 29 degrees at game time, with a wind-chill of about 19. I had on 8 layers of clothing. I had on so many layers, I could hardly bend my elbows! 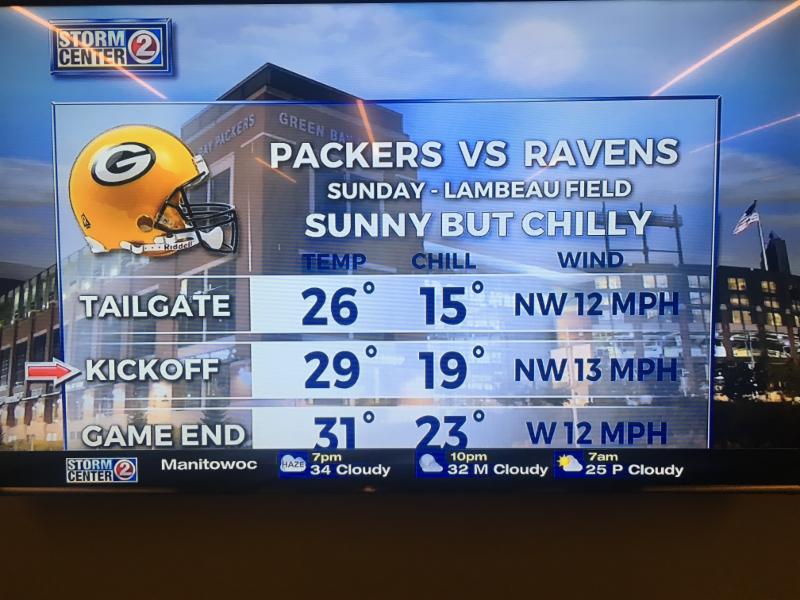 The music they played at Lambeau…can someone tell me why they didn’t play any AC/DC? Malcolm Young (guitarist) had died the day before. Couldn’t they have played “Shook Me All Night Long”? “Back in Black”? “Highway to Hell”?
The next day, we flew back to Phoenix, the Slim Bro went his way, and I drove all night to Palm Springs. My last stop?

Chiriaco Summit, about 40 miles east of the Slim Shack. It’s where the George Patton Museum is. I stopped there on my first trip to Palm Springs, 4 years ago. I had my dog, Batu with me. 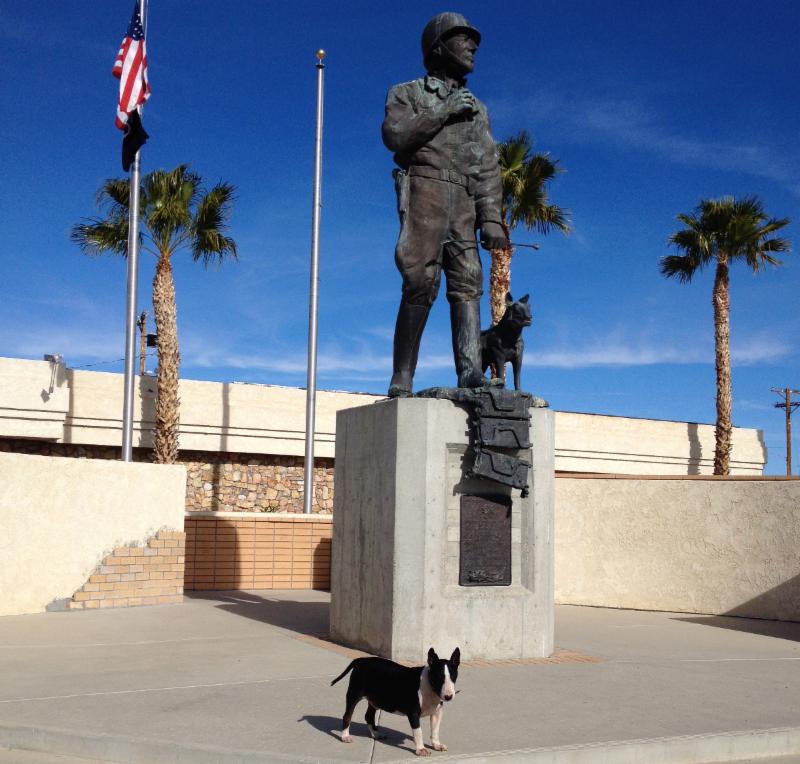 So that was the week that was, Slim People.

Keep smiling. And wear a helmet when you can.
Who loves ya?
Uncle Slimmy