Hello There Slimmest of All People!
I only have a few rules in life…one of them is to never play cards in the jungle.

Slim Darlins! How are we? I hope everybody is peachy.
I’m doing Sober October. One of the podcasts I listen to issued a challenge, and I signed on.
It’s not like I was smoking crack all day, or putting a quart of vodka on my Cheerios in the morning. I was having a couple of glasses of wine a night, that’s about it.
So it really hasn’t been a big deal giving it up. I don’t have the shakes, I’m not hallucinating, and I’m not secretly drinking Sterno behind the trailer to catch a buzz.
But my local wine store put a “Going Out of Business Because of Slim” sign in the window…
Slim People, I need to remind you that we have a Big Opening Night at Vicky’s in Indian Wells, CA, on Wednesday, October 10th. 10/10!
Showtime is 6 PM. We’re pulling out all the stops on this one! Chase Huna on sax, Tateng Katindig on the 9-foot grand piano, Craig Chesnut on drums, Nick Sosa on guitar, and…
Enrique Hernandez will be playing percussion. Who is Enrique?
He’s Mombo’s brother! He just moved to Palm Springs, and he’s gonna sit in and jam.
Gonna be a blast. Come on down! Check out all the upcoming shows on the Slim Site.
And while you’re there, why not pick up some merch? 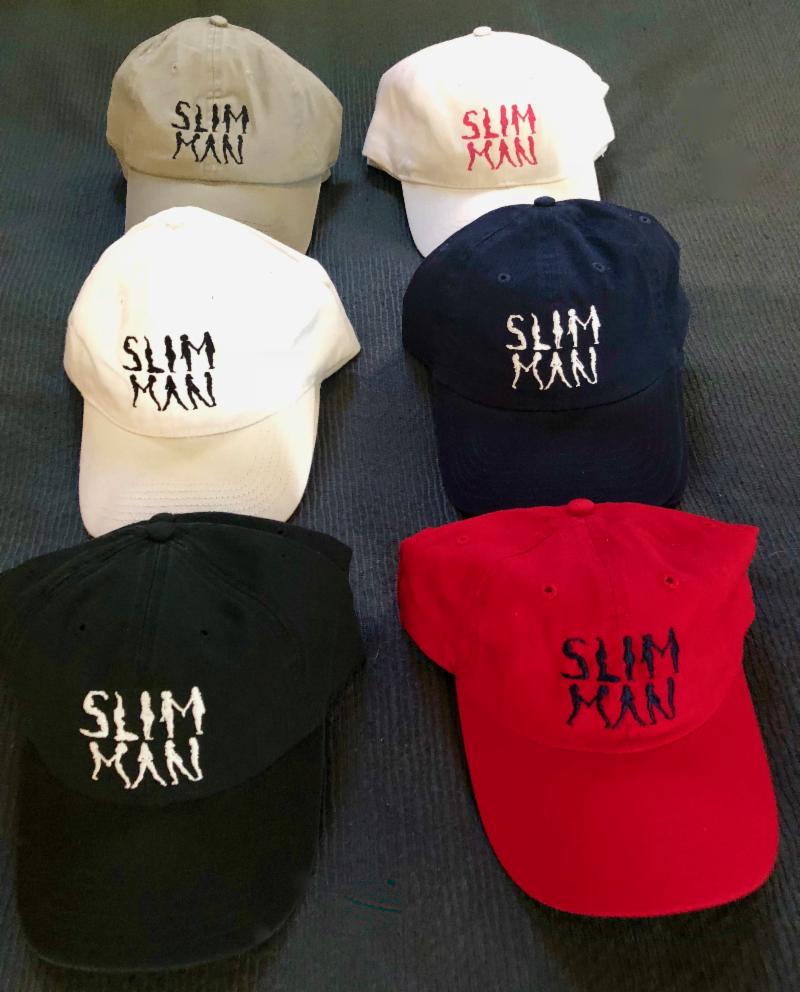 We still have a few Slim Man hats left. We also have CDs, USBs, cookbooks, T-shirts, and the new Slim Man leopard print thong underwear, which would make a great Halloween costume for Grandma or Grandpa.
Take a stroll around the Slim Store. It’s open 24 hours a day!
https://slimman.com
AND NOW HERE BE THE NEWEST SLIM NEWS

If you’re one of the three or four people that actually read these newsletters, you know that I had a triple root canal a couple weeks ago.
There’s a fine line between bravery and stupidity, and I certainly crossed it when I decided to have all three done at the same time.
Not my smartest move.
Well, one of the root canals didn’t take. My dentist, Dr. Yankenpull, told me I needed an implant.
How much?
A little more than four thousand dollars. $4k! I told him breast implants cost less than that! Surely there must be a cheaper alternative.
A friend had told me about dentists in Mexico; she’d had some dental work done there, and was very happy with the whole experience.
So I started digging around…which led me to a town called Los Algodones. It’s nickname is Molar City. Seriously.
It’s a small town in Mexico, right across the California border, near Arizona. After a couple of hours of research, I found out that Los Algodones is a town that exists for one primary reason…
Inexpensive dental work. There are hundreds of dentists right across the border, and they cost a whole lot less than most American dentists. No joke.
But I didn’t want to schedule anything until I had a look-see. I wanted to make sure these dentists were the real deal…
I had visions of guys in ponchos and sombreros, using tequila instead of Novocaine, pulling out teeth by tying a rope to a tooth with the other end tied to a donkey, and slapping him on the butt to extract a molar.
So I wanted to see for myself. I gassed up the SlimMobile and headed southeast… 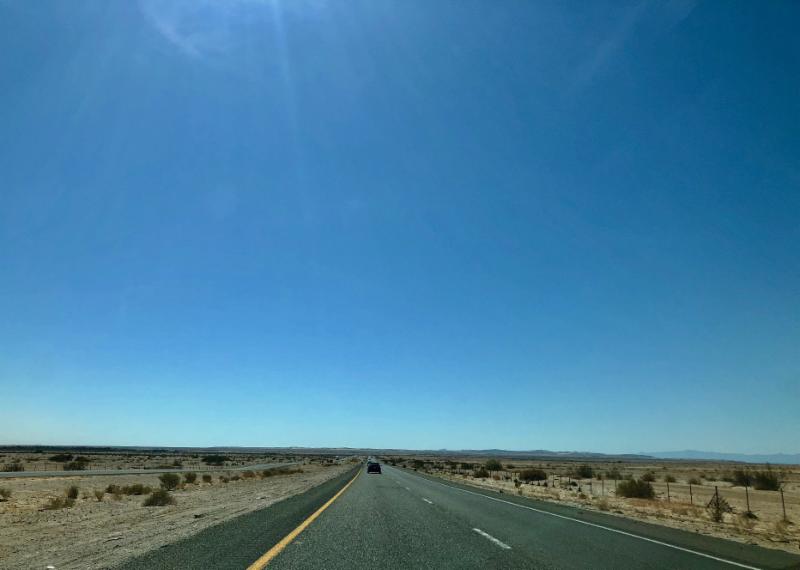 The drive was beautiful. And a bit scary, because there were stretches of road that had nothing on either side for miles and miles. No gas stations, no houses, just a lot of desert with a lonely road slicing through.
It took about 2 hours. I parked at a casino on an Indian reservation ($6) and walked across the border. 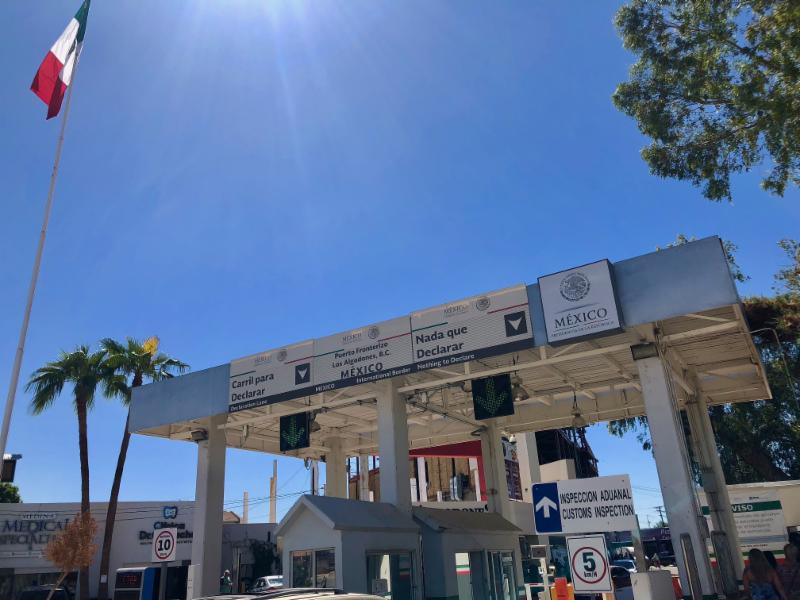 As soon as I crossed the border into Mexico, there were dentist offices everywhere. Guys were coming up to me offering discounts, hawking different dentists. The streets were dusty but clean, and there were dental offices every few feet.
Some were sketchy. But most were similar to American dentists. I went inside four different offices to check them out. 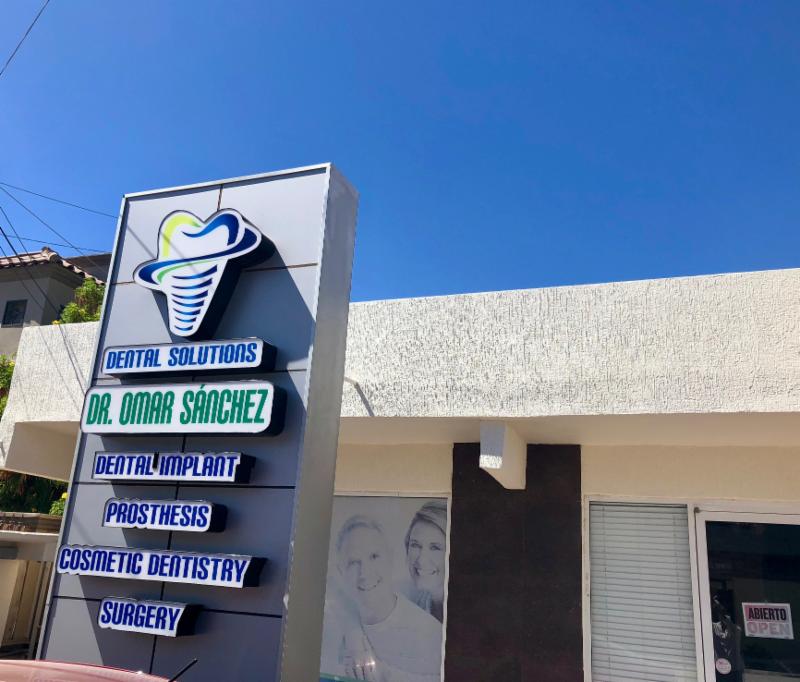 There were no sombreros, no donkeys, and no tequila. These four places were clean, professional, and the waiting rooms were full of Americans and Canadians looking for inexpensive alternatives.
How inexpensive?
Every one was at least 50% less than the estimate I got by Dr. Yankenpull.
I strolled around Molar City for a little while; there wasn’t much to see except dentist offices and pharmacies selling discount prescription meds.
And you didn’t need a prescription. I tried some Viagra, it got stuck in my throat and I had a stiff neck for four hours! 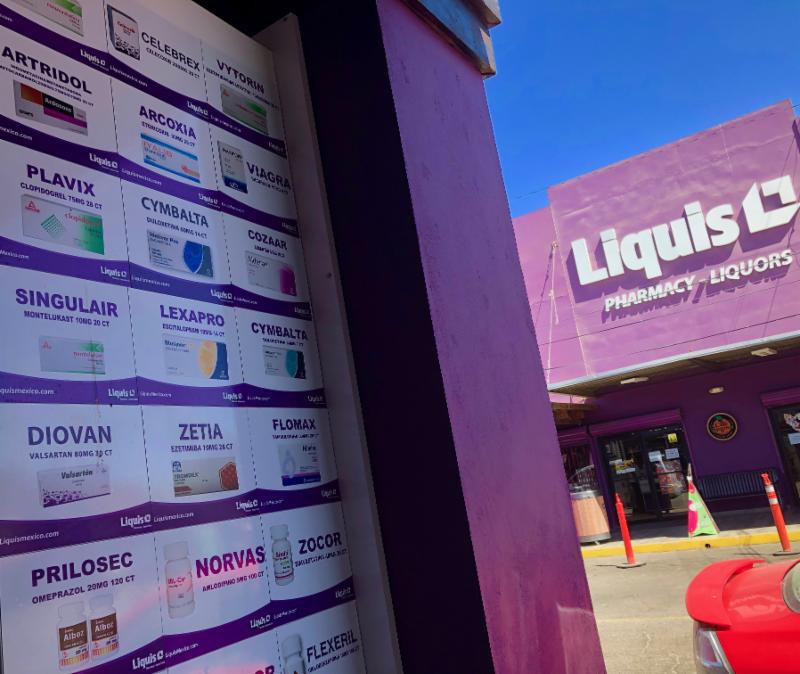 There was a side street that had…sombreros and ponchos and pottery and stuff. It was all very colorful. I had only been to Mexico once before. 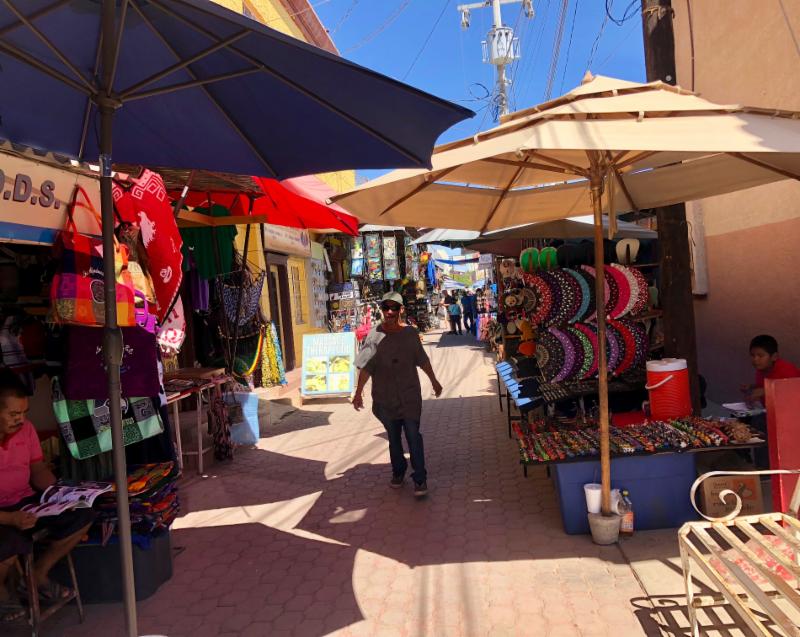 I walked back across the border to the good ol’ USA. I had to show my passport, but other than that it was pretty easy. Mexico was OK, but it felt great to be back in the Land of the Free.
I drove back to Palm Springs, and on the way I stopped by Salton Sea Beach, a town that was built in the 1950s to be a seaside resort, but the sea became polluted, and the whole place became something of a ghost town. 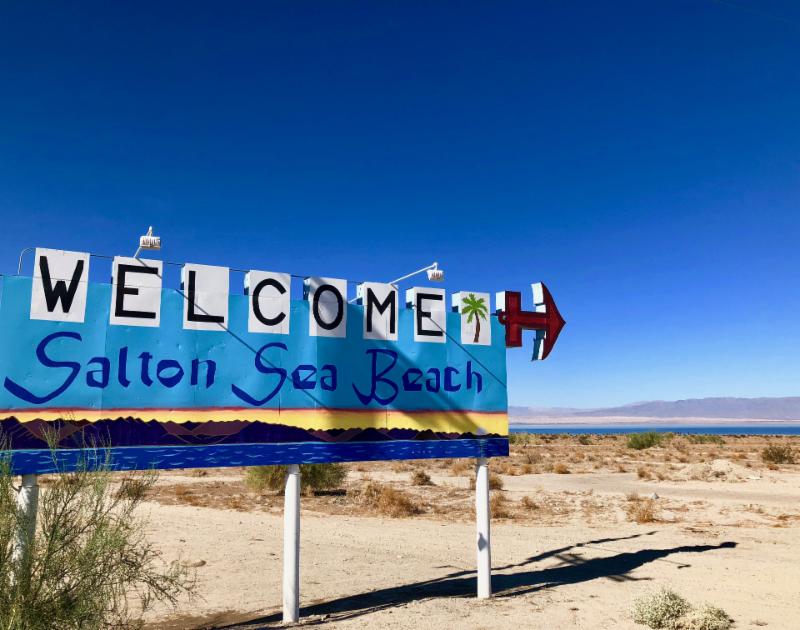 Until recently. A lot of artists and musicians and creatives started moving there because houses are real cheap and there aren’t a whole lot of rules and regulations and restrictions.
A perfect spot to start another trailer park! Slim’s Seaside Shantytown.
When I got back to Palm Springs, I made an appointment with a Mexican dentist I visited, Dr. Juana Savadolla.
We’ll see what happens. I’ll keep you posted.
Keep smiling, Slimigos. And keep in touch. Muchas gracias!
Who loves ya?
Uncle Slimmy