Marc Antoine Is Up

Greetings and Salutations Slim Folks,
I just found out Barbara Sinatra passed away. I sang for her two years ago at a benefit concert. She sat at a table, front and center, as I sang a lot of her husband Frank’s songs.
When I was done, she pulled me aside and said, “You’re good, kid.” She later signed a Sinatra photo book to me. I just want to pay my respects.
I wonder if she’ll be buried next to Frank. Not long ago, I went to his grave in Palm Springs: 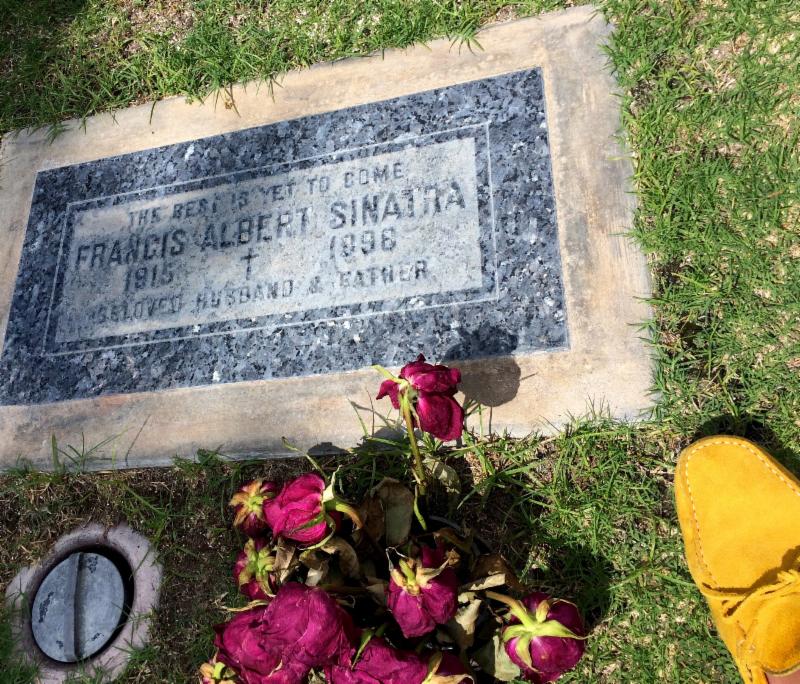 And now…back to the Slim Babblings…
Last night, I went to the movies, first time in a while.
I’m a little numb. The film was called “Dunkirk”. It was about the rescue of Allied troops from Dunkirk, France, during World War II.
Wow. It was an intense movie. The cinematography, the sounds, the explosions-I felt like I was there.
It was so realistic that when an enemy airplane strafed the beach with gunfire, I dove beneath my chair and pulled the popcorn box over my head.
And then I tried to help the wounded, of course.
The theater had huge, wide seats that reclined all the way. There was a lot of room to stretch out. It was not a-so bad!
The last time I was in a movie theater was when the first “Star Wars” movie came out. My how things have changed.
After the movie, I came back to the Shack and posted the new episode for the Hobnobbin’ with Slim Man podcast; the one with Marc Antoine. Marc Antoine is up!
The podcast is up on iTunes and a lot of other places;
https://itunes.apple.com/us/podcast/hobnobbin-with-slim-man/id1255278401?mt=2
And it just finished uploading to YouTube, if you’d rather listen that way.
https://youtu.be/mZTpnwVxqh8
It’s my chat with guitar wiz Marc Antoine, who is an amazing musician, producer, and composer, and also the bestest friend a man could ask for. 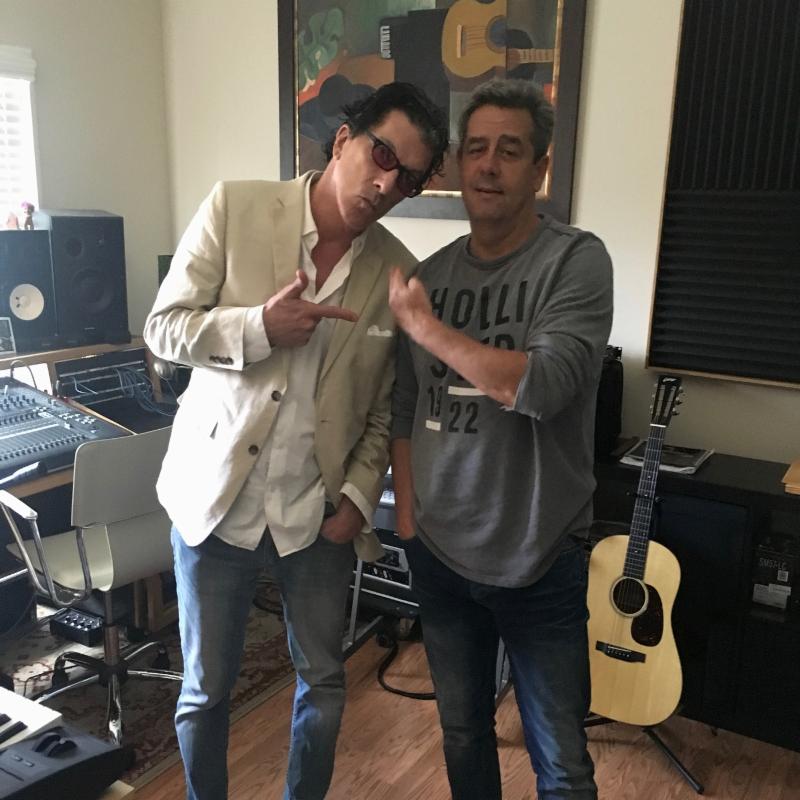 We were in his studio, chatting away; we could have talked for hours. We were just getting started when I looked up and 60 minutes had passed. I’ll have to do a part two with Marc because…
I didn’t get to ask him about his recent trip to Havana, or his song in the Clint Eastwood movie. But we did have a lot of fun; two guys just talking and laughing and reminiscing.
Marc talks about his relationship with producer Tommy LiPuma, how he met his wife, Rebeca, and some old war stories about being on tour with a guy named Slim.
There are a few f-bombs, not gratuitous, just when I was quoting somebody while telling a story. So put on the headphones if there are small children around. Or put some noise-canceling headphones on them.
We had just finished listening to Marc’s new CD with piano player David Benoit. The CD is called “So Nice” and…she’s a-so nice! You should definitely check it out.
We listened start to finish, on his really good studio speakers, and then we had a little chat.
That’s that!
Click here to listen
On Sunday night, I went to the Riviera Hotel in downtown Palm Springs, Californy, where they were having the Coachella Music Awards show. They gave me my Best Jazz Vocalist Award. I know, hard to believe, right? 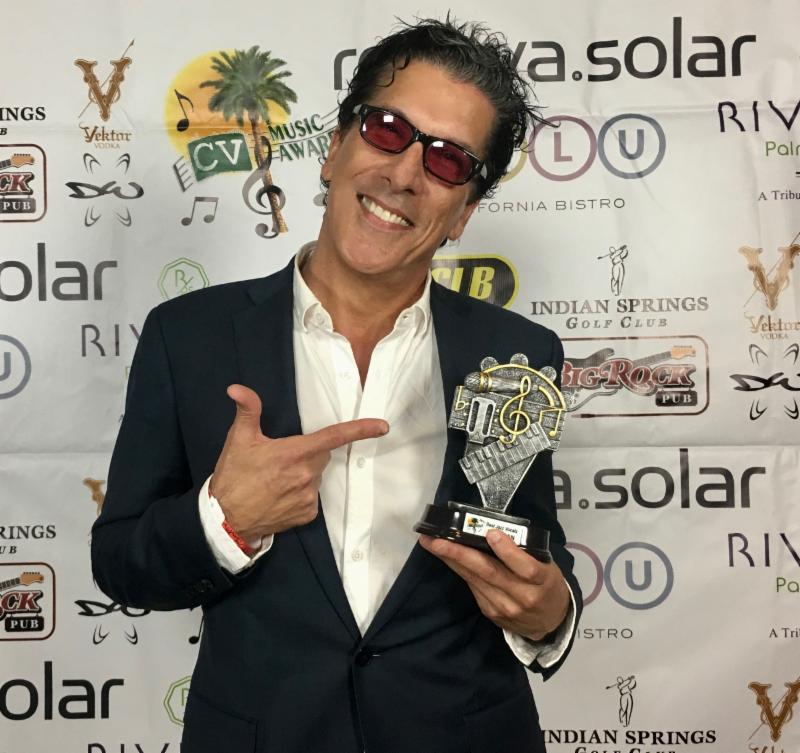 I was honored. Second year in a row! Now I can make a set of earrings with the awards. Or maybe some cufflinks.
Thanks to Tracy and all the fine folks at CV Weekly. And thanks to all who voted. Especially those who voted more than once. Couldn’t have done it without you!
HERE’S THE NEWEST NEWS FROM THE SLIM SHACK

There was a recent study about all the recent studies that have cropped up.
Have you noticed? There are studies about everything.
I just read about a study that said that men who look at women’s feet aren’t interested in potential partners.
That study can’t be right. Or maybe it is…
If the woman’s feet you’re looking at are big and gnarly and hairier than yours, that wouldn’t be a great incentive for future romance.
You wouldn’t want to have an intimate relationship with a woman if her Sasquatch feet are poking out the bottom of the covers, scaring the dog away.
You wouldn’t want to take a romantic walk down the beach with a woman when her Wolfman clodhoppers are leaving bigger footprints than yours.
Men who look at women’s feet ARE thinking about potential partners. Just as long as that partner ain’t stomping around in her size fifteens like Frankenstein.
So I disagree with the study. It must be wrong. So I looked up “studies about fake studies.”
Did you know there have been lots of recent studies done about how most studies are wrong? There are all kinds of studies out now, all about how the majority of studies contain misinformation. The majority.
Serious medical studies get it wrong most of the time. Even scientific studies…
A professor at Stanford recently did a study called “Why Most Published Scientific Research is False”. I guess I don’t have to tell you what the paper is about.
There are a lot of bogus studies out there.
There’s a book out now by Richard Harris called “How Sloppy Science Creates Worthless Cures, Crushes Hope, and Wastes Billions”.
It’s about how scientific studies are wrong most of the time, and how costly it is.
So if we’re reading study after study, the way I like to do, how the hell are you gonna know who or what to believe?
Well, author Richard Harris has the solution and I quote:
“If we curb our enthusiasm just a bit, scientists will be less likely to run headlong after dubious ideas.”
So, let me get this straight, Rich. This is all our fault?
We have an incurable disease, the scientific community comes up with a fake study that states there’s a cure for our incurable disease, and when we find out it’s a load of crap, we’re supposed to just…”curb our enthusiasm?”
So I’m not paying any attention to any more studies from now on.
Unless there’s a study about how wine and pasta and long seaside vacations cure every disease known to man or woman.
I’d pay attention to that study. Maybe I should do the study myself! The research would be a blast…it could take years! Anybody want to participate?
Keep in touch, Slim Folks. And keep smiling.
Who loves you?
The Award-Winning Uncle Slimmy