Hello, You Good-Looking Slim People!
Willie Nelson is coming out with his own brand of marijuana. I think he’s gonna call it “Willie Weed.”
Herb Alpert should do the same. He could call it…
“Herb’s Herb.”
Hello, Sim Ones! How are we? Everybody OK? Fine and dandy? Peachy keen?
Herb Alpert plays trumpet; he also has a nightclub in Bel Air called Vibrato, and the Slim Dudes are playing there this Wednesday (7/11). Californy, Here We Come!
Trumpet was my first instrument. My Dad took me to see a movie called “The Five Pennies”; it featured Louis Armstrong, and when I heard him sing and play trumpet, I was hooked. Big time. I asked my Dad for a trumpet for Christmas.
On Christmas Day, I opened my present, and there was a plastic trumpet inside. I told my Dad, “I want a real trumpet. Not a toy.”
I was five years old. What an ungrateful brat, huh?
A couple weeks later, for my birthday, my Dad rented me a real trumpet. 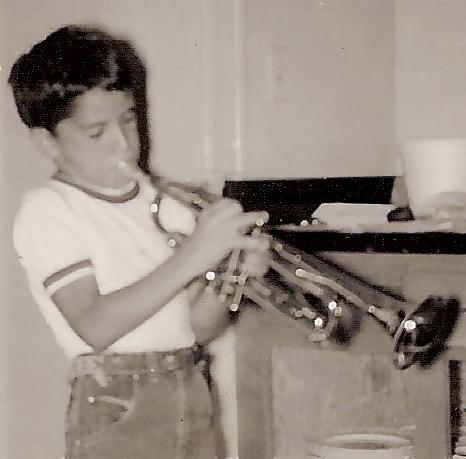 I took private lessons for about eight years. When Herb Alpert came out with the Tijuana Brass records, I was head over heels.
I bought all those records, all the sheet music. I made my trumpet teacher do all those trumpet duets with me. I was a huge Herb fan.
How huge, you ask?
When the “Whipped Cream” LP came out, the front cover featured a naked woman sitting in a small mountain of whipped cream. I was seriously determined to find out how they did the photo. 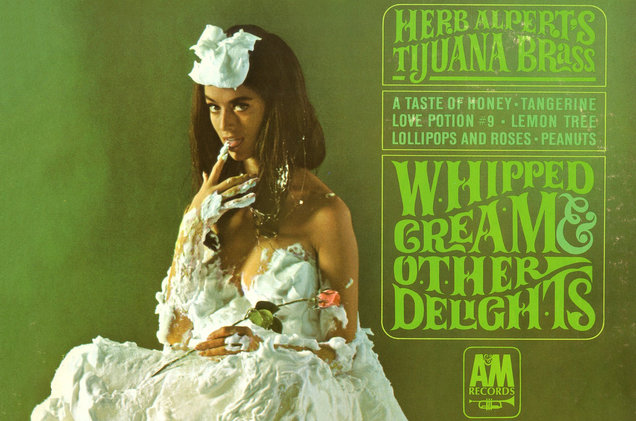 So (true story) I put the album cover under a big magnifying glass, and discovered that most of the whipped cream was a white blanket. There were only dribs and drabs of real whipped cream.
But it was still kinda sexy, at least for the randy young Slim Boy. I played trumpet along with that album for quite a while…
Then a guy up the street (Rob Grant) started bringing records down to my Mom’s house on Rosebank Avenue in Baltimore, Maryland. Hendrix, Led Zeppelin, The Doors.
That music made an extraordinary impression on Young Slim. We started a band, needed a bass player, so I started to play. 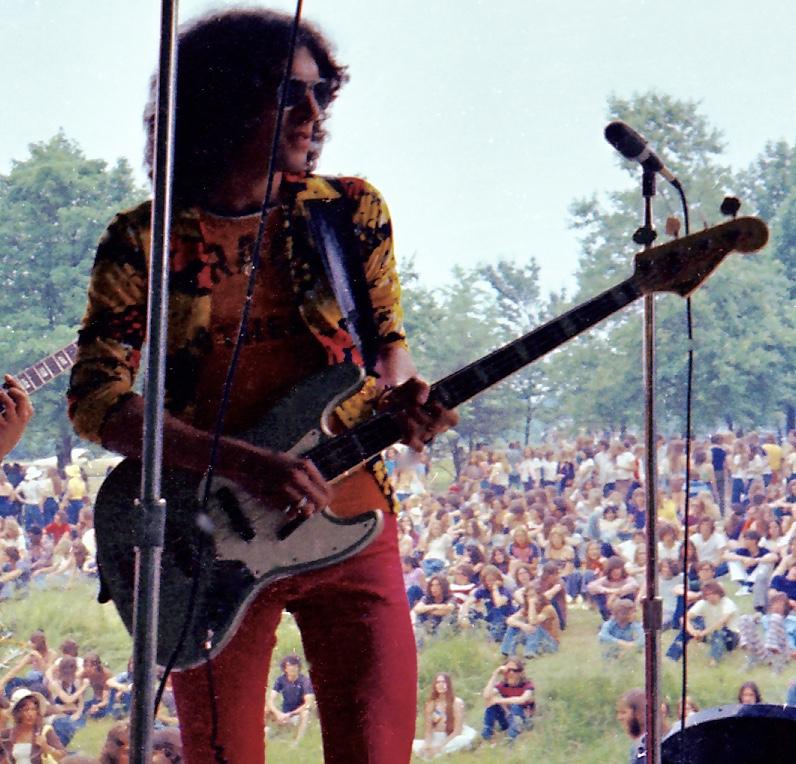 And I haven’t stopped, even though lots of folks have begged me to.
But I’ve always loved the trumpet. Chet Baker, Miles Davis, Chris Botti, Rick Braun, Terrence Blanchard, Till Bronner, Herb Alpert…
A few years ago, when I was doing the Slim Man “All I Want for Christmas” CD, I wrote a letter to Herb Alpert. Seriously. I asked him if he’d play on “Christmas Time is Here.”
I got a nice rejection letter from his manager. I kept it for a while, I don’t know why. I threw it out eventually.
Herb Alpert started a record company in the 1960s, A&M Records, one of the all-time great labels. They signed so many wonderful acts…The Police, Janet Jackson, Free, Sheryl Crow, Carole King. They even signed Cheech and Chong.
Herb Alpert sold A&M Records in the late 1990s. He and his partner, Jerry Moss, made some serious dough, a couple hundred million. Seriously. And eventually, Herb started Vibrato.
The club looks molto elegante. The menu is impressive. The stage has a baby grand piano. Worthy of a road trip!
So if you’re in the Northern Hemisphere next week, may I suggest you come out and see the Slim Man Band? Rustle up the jackasses and hitch ’em to the Conestoga. Gas up the biplane, and buzz on down.
We’ve been sounding pretty good lately. Craig Chesnut on drums, Chase Huna on sax, and Tateng Katindig-The Thrilla From Manila-on piano.

I wonder if Herb will be there. I mean, he probably won’t be in the back, stocking the beer cooler with Budweiser. Or throwing chicken wings in the deep fryer.
Maybe he’ll come up and sit in on a Slim Song! You never know, Slim People. All the deets are down below.
Keep smiling, Slimigos. And keep in touch. This guy’s in love with you.
Who loves ya? 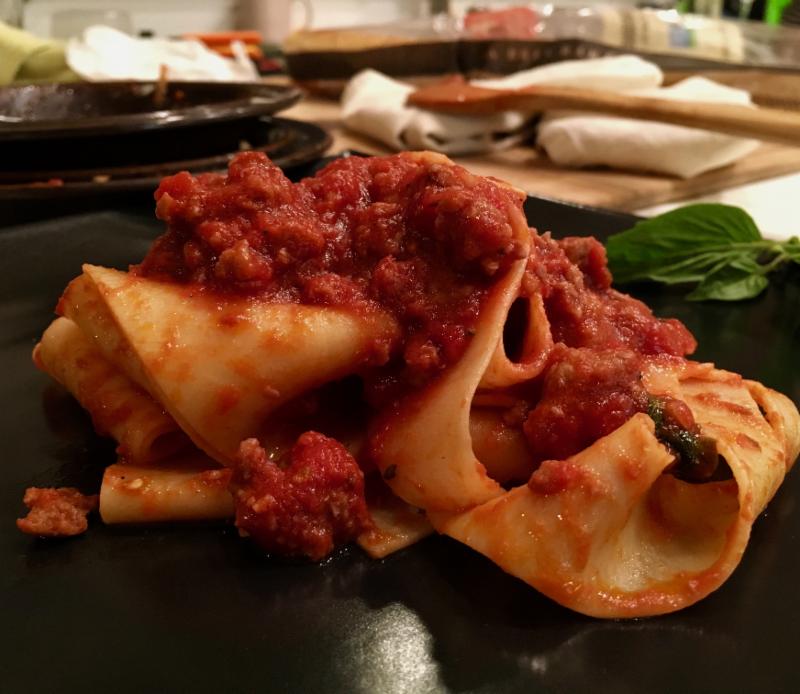 I made Hot Italian Turkey Sausage Bolognese yesterday. Any recipe that starts with “Hot Italian” can’t be too bad. Here is the recipe, Free for All Slim People:
https://slimmancooks.com/?p=4447