Slim People of SlimLandia,
We have a big gig tonight in Laguna Beach. All deets for all concerts are on the website.
https://slimman.com
Last Wednesday, I left Palm Springs at 8 AM, drove 2 hours to Tateng Katindig’s house in Los Angeles. We met Greg Vail there; he had rented a minivan for the trip. We packed up and drove north. 375 miles.
We laughed most of the way. Seriously. 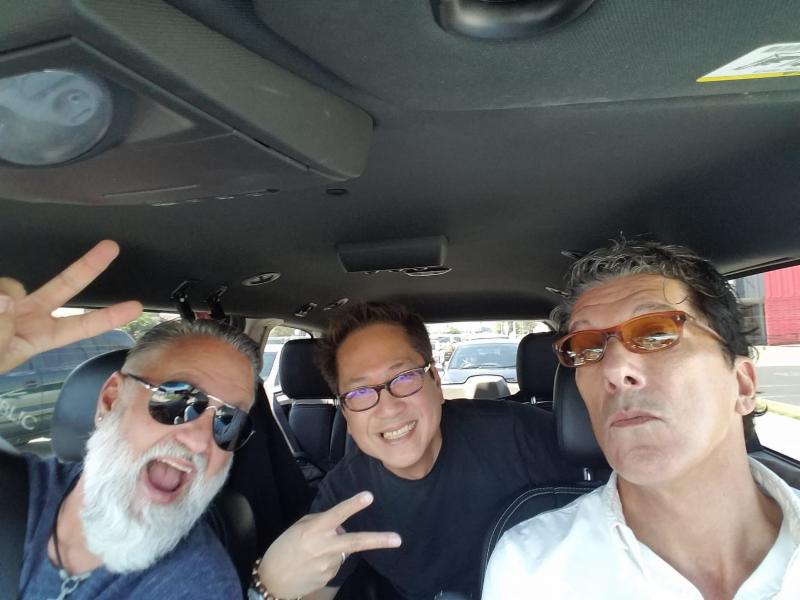 I had put together a list of my favorite stand-up comedians, new stuff I’d found on YouTube.
Have you ever had days when you wake up, and feel like jumping out the window? I do!
But luckily, I live on the first floor.
But there was a time when I was waking up with the blues. So I started a new routine. As soon as I opened my eyes, I’d grab my phone, and type “stand-up comedy” into the YouTube search engine.
And I’d listen to comedians, people I’d never heard before. I started doing it just about every day. I began looking forward to getting up, because I’d lay there in bed and laugh for a while. Seriously. It was a great way to start the day.
Better than Googling “best cliffs to leap off of”.
I made notes of new comedians I liked, and played them for Tateng and Greg as we drove from L.A. to Santa Rosa.
Tateng, my Filipino friend, the Thrilla from Manila, brought some snacks from the Philippines; one was called “Otap”, cookies that were sweet and crumbly and tasty.
The other was “Oishi”, prawn crackers. They looked like Cheez Doodles, but smelled like fish. Or old sneakers. 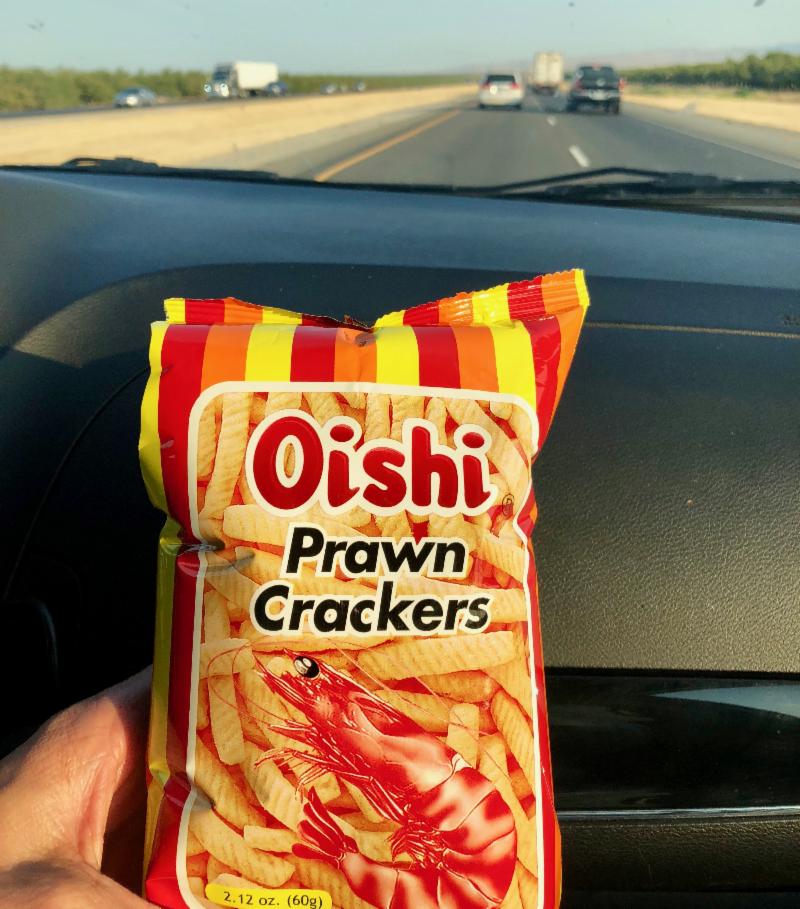 If you want to induce vomiting after your child has accidentally ingested poison, these would work.
Greg Vail, who’s been playing sax for Luis Miguel, brought a 25-pound bag of white cheddar popcorn, and a huge bag of steak jerky. It was big and thick and tough. Tyrannosaurus Rex would have had a problem chewing that stuff. It was like trying to eat a saddle. 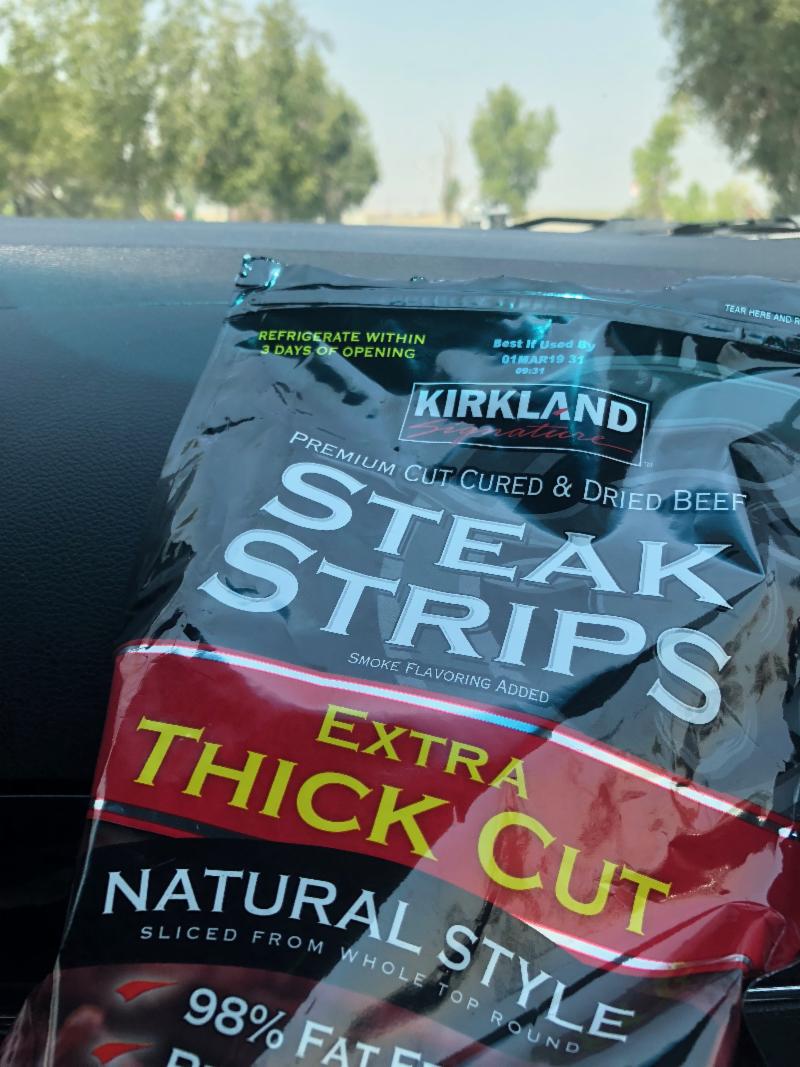 It took us an ass-flattening 9 hours to get to Santa Rosa.
We checked in to the hotel, the Flamingo. It’s a retro-hotel with a 1960s vibe. Very cool. The no-smoking sign in the room was so California. 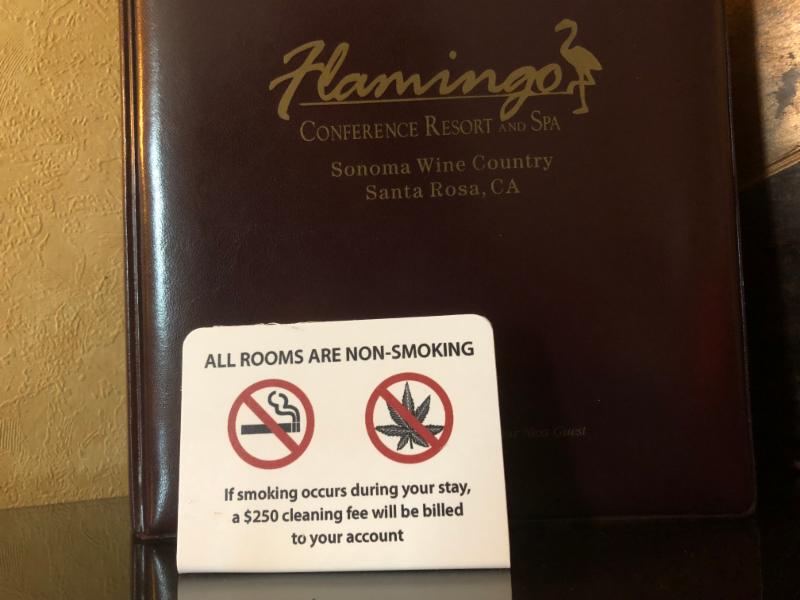 At the end of the night, I did a conga line and brought everybody up on stage. We had a blast.

The next day we drove to Modesto, had lunch with promoter dude John Griswold, and then went to Lodi for a concert.
Lodi?
Yes. Mombo used to have a restaurant there. It had a courtyard, and he would put on concerts. It was so much fun. But the funnest part was after the show, when we’d all go back in the kitchen and cook and eat and drink all night long.
How did I meet Mombo? Well, the Slim Men did a show at the State Theater in Modesto, maybe 1996. A pretty young woman came up to me afterwards, and told me her husband played percussion. I told her to tell him to come play with us the next night in Sacramento.
As we’re doing soundcheck, an old VW bus pulled up, spewing smoke. A big burly man in a skullcap with a soul patch jumped out and said, “My name is Mombo, I’m playing with you guys tonight. Who’s hungry?”
He had two large paper bags. We went back into the dressing room, and Mombo pulled out some burritos he’d made; the size of footballs. We ate them all. Delicious.
The concert that night was really good, Mombo fit right in. But eating a burrito the size of football before a big show is not advisable.
There was enough gas on stage to poke a hole in the ozone layer.
Mombo’s been playing with us ever since. He’s become family. And he helped put together this concert in Lodi, at a winery, Watts Winery. We played outside, the weather was beautiful, but a little warm. The guys in the band asked me if it was OK to wear shorts.

I was hesitant. My first thought was “Jazz guys don’t wear shorts.”

I couldn’t imagine Miles Davis in a pair of Bermudas. Or Louis Armstrong in some cut-off jeans. But I told the fellas to wear whatever was most comfortable. Relax, Slim. It’s California!
The show had a different energy than Santa Rosa. Just as much fun for sure, but more laid-back; I played piano and sang, I told some stories. At the end of the show I asked if someone could play cowbell.
A little girl, couldn’t have been six, got on stage. She was adorable. Mombo gave her a cowbell. We played “Low Rider” and she tried with all her heart to play in rhythm.
But most of the time it sounded like someone had dropped the cowbell down a fire escape.
But you should have seen the light in that kid’s eyes. So precious. I hope she doesn’t go into show biz! It’s a heart-breaker, kid!
After the show, we drove 375 miles to L.A., laughing all the way. Well, most of it.
Thanks, Santa Rosa, thanks Lodi, thanks to All Slim Folks. Couldn’t do it without you.
Keep in touch. And keep smiling.
Who loves ya?